How do they determine damages in a personal injury case?

If a plaintiff is suing for negligence in a personal injury case, then they will need to be able to produce evidence that proves their case. They will need to demonstrate that the defendant had a duty to the plaintiff, the defendant breached that duty in some way, there was proximate and actual cause, and damages occurred because of the negligent party’s breach of duty. However, if the case is missing any of these elements, then the defendant might be able to strike down the plaintiff’s lawsuit. However, with an excellent personal injury attorney by their side, a victim of a personal injury accident can successfully recover all the compensation damages that they are seeking, which can help them get their life back on track again.

Compensatory damages can be categorized as “non-economic” or “economic.” Examples of non-economic damages include emotional anguish, reputational damages, worsening of prior injuries, pain, loss of enjoyment of daily activities, and emotional anguish. In some states, these damages are called “pain and suffering” damages.

Non-economic damages after an auto accident

After being injured in a personal injury accident, many people seek compensation not just for economic damages, but also for non-economic ones. People who were injured in an event such as a car accident might experience pain every time they have to perform a task that healthy people usually don’t struggle with, such as standing up to make food or having to drive to work. With serious injuries, a plaintiff may no longer be able to enjoy the same hobbies and activities that they did before the accident.

An example of this is that a person who led an active lifestyle full of long walks, playing sports, and/or dancing may not be able to do those activities anymore after being injured, or it may be much more difficult. This can make it harder for the victim to live their life to the fullest, and their lifestyle may be altered significantly.

Economic damages after an auto accident

Medical expenses are often the main cause for people that were victims of a personal injury accident to seek fair compensation. Medical expenses arise from bills that the victim receives because of the injury treatment that they needed from the injuries they got in the accident. In many situations, an appellate court will review the total amount of medical expenses and figure out whether it is reasonable to have an overall award of damages. An example of this could be a situation where a jury admits some evidence that is less probative and more inflammatory. In this invented scenario, say that this results in the extreme verdict of one million dollars awarded for a soft tissue injury. The court might decide to look into the medical bills of the case to determine if rewarding that much money in damages was a reasonable verdict.

Medical expense damages can also be awarded for bills that the victim will have to cover in the future. The plaintiff has to put forward sufficient evidence to prove that they will require further medical care in the future. Usually, this type of damage has to be proven through the professional testimony of the victim’s doctor. 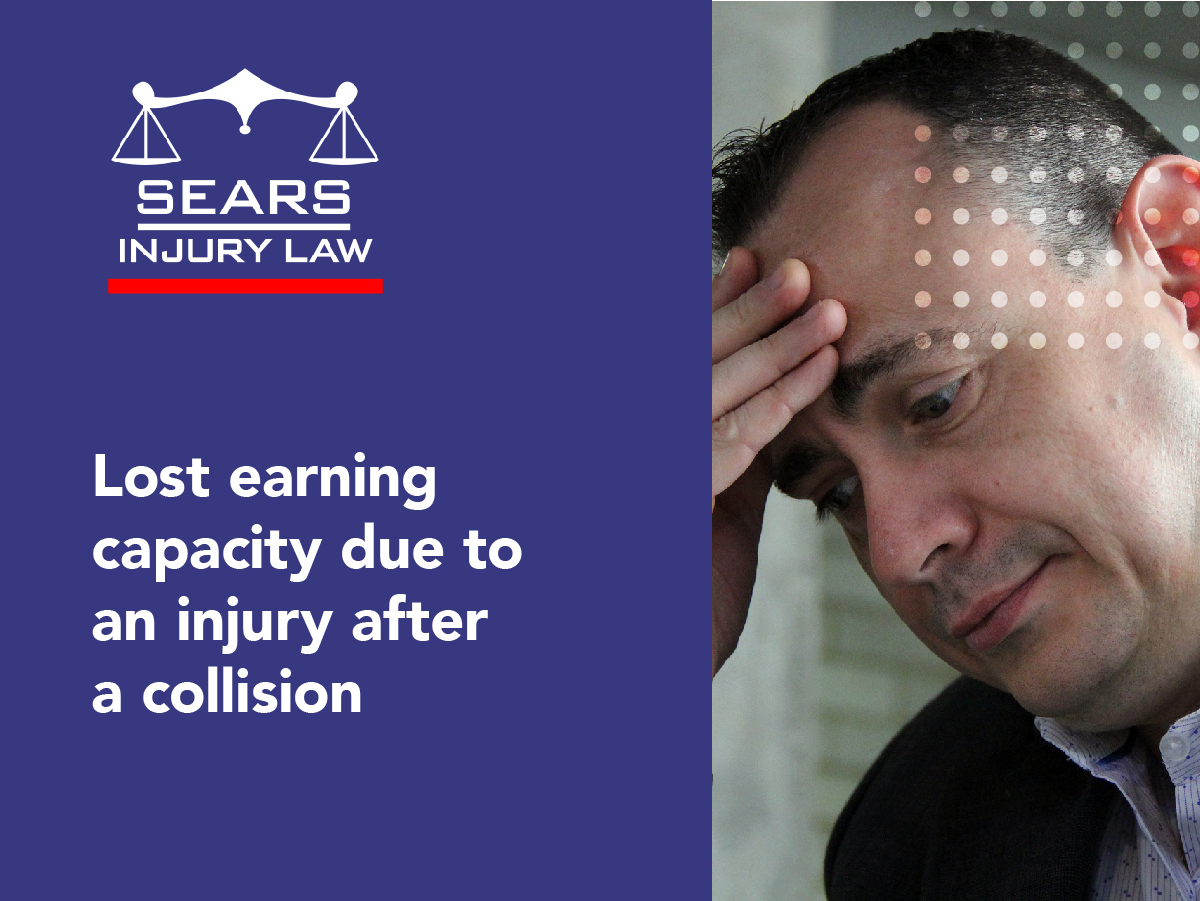 Lost earning capacity due to an injury after a collision

In catastrophic injury cases, lost earning capacity is a type of compensation that can be recovered. The plaintiff must be able to prove that the injuries that they received in the personal injury accident that they were a victim of has made it harder or even impossible to earn money. Similar to seeking future medical expenses damages, it is often necessary for the victim’s legal team to provide evidence from an expert to make this point seem credible. The expert will take many factors into consideration, including the victim’s age, life expectancy, past earning capacity, training, talents, and health. They will use these factors to figure out whether there is lost earning capacity in this case. For example, a trucker that suffered from a traumatic brain injury and no longer has any sense of direction will not be able to drive anymore, and it will be difficult for them to receive training so that they can perform a different job. Lost earning capacity is definitely a factor that should be taken into consideration.

Having to pay for household services is another type of damages that a victim of a personal injury accident may seek compensation for. The category of household services includes things such as having to hire somebody to look after the house and do tasks such as cleaning, cooking, and babysitting while the victim of the accident is recovering. An important factor of determining whether or not the claims for household services compensation are valid is to ask: would the victim have paid someone to do these services even if they had not been injured? If the answer is yes, the victim would have incurred these expenses regardless of injury, then it is unlikely that they will be able to receive money for it through the claims process. For example, if the plaintiff was already paying the wages of a housekeeper before they were injured, then it is unlikely that they will be able to recover those costs.

In most states in the US, there is no maximum cap on the amount of economic damages that can be recovered. If the plaintiff’s personal injury lawyer is able to successfully prove that the other party’s negligence caused the accident, then they will be able to get full compensation. There is a whole spectrum of different damages that can be awarded, and our team here at Sears injury Law will help you get the justice that you deserve for all you have been through. Reach out to us today for a free consultation, and we will represent you and fight for you.

You don't pay if we don't win.

Our Injury Law Attorney Rob Sears continues to help those with new cases — we can be reached at (253) 286-7444 or via email at Rob@SearsInjuryLaw.com.